The “Coin of Coins”

The world’s most valuable coin, the Aitna Tetradrachm, the “Coin of Coins”, was struck in the mid-fifth century BC in the ancient city of Aitna, located at the foot of Mt. Etna in Sicily.

This coin is the masterwork of one of the finest die-engravers of all time. Regarded as the “Mona Lisa” of the numismatic world, the Aitna Tetradrachm, has been housed at the Cabinet des Médailles, Bibliothèque Royale de Belgique, in Brussels since 1899.

Aitna represents a rarity, there is only one. Aitna also symbolizes an ancient art made with skill and excellence. Lastly Aitna represents the timeless connection and bond between Sicily and Belgium.

These are the reasons we chose this masterpiece of coins as our logo, it unites the best of both worlds in a precious silver coin and in a bottle of Terre di Trente. 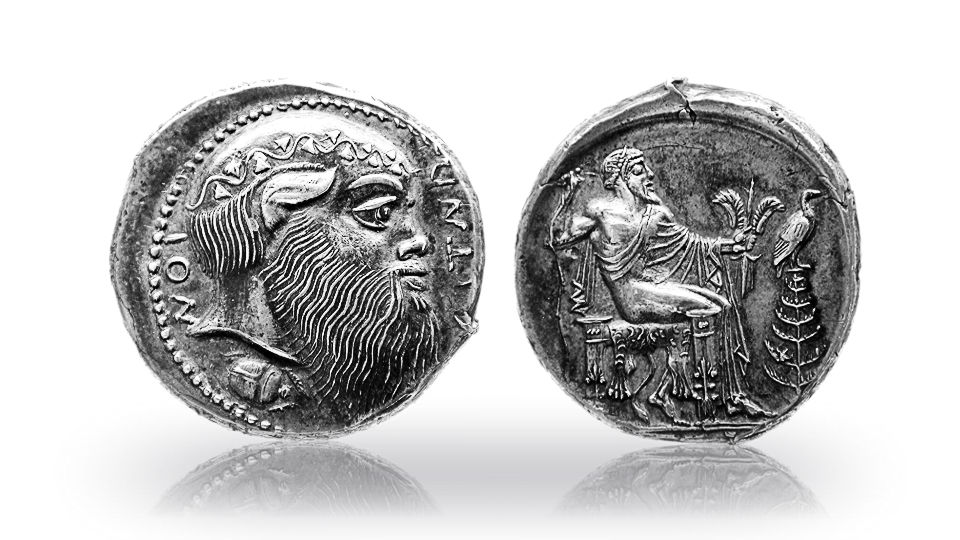